China is targeting at least 6 per cent growth for the world’s second-largest economy this year, reflecting Beijing’s confidence in the wake of its successful containment of the coronavirus pandemic.

Speaking at the opening of the country’s annual parliamentary session on Friday, Premier Li Keqiang hailed China’s recovery from an “extraordinary” year and said that the government wanted to create at least 11m urban jobs.

“Facing the adverse and severe impact of a sudden coronavirus epidemic and a deep global economic recession, we the Chinese people . . . responded with tremendous tenacity,” Li told delegates.

Some 5,000 representatives have assembled in Beijing for the week-long sitting of the National People’s Congress, China’s rubber-stamp parliament, and a sister “consultative” assembly.

Despite the challenges posed by the pandemic, which caused the first year-on-year decline in economic output in decades in the first quarter of 2020, Li noted that 11.9m urban jobs had been created last year. Economic growth also rebounded strongly, with the economy expanding 2.3 per cent for the full year.

“A target of over 6 per cent will enable all of us to devote full energy to promoting reform, innovation and high-quality development,” Li said. He added that the government was determined to “sustain healthy economic growth” as it kicked off a five-year plan focused on “self-reliance” in critical technologies. 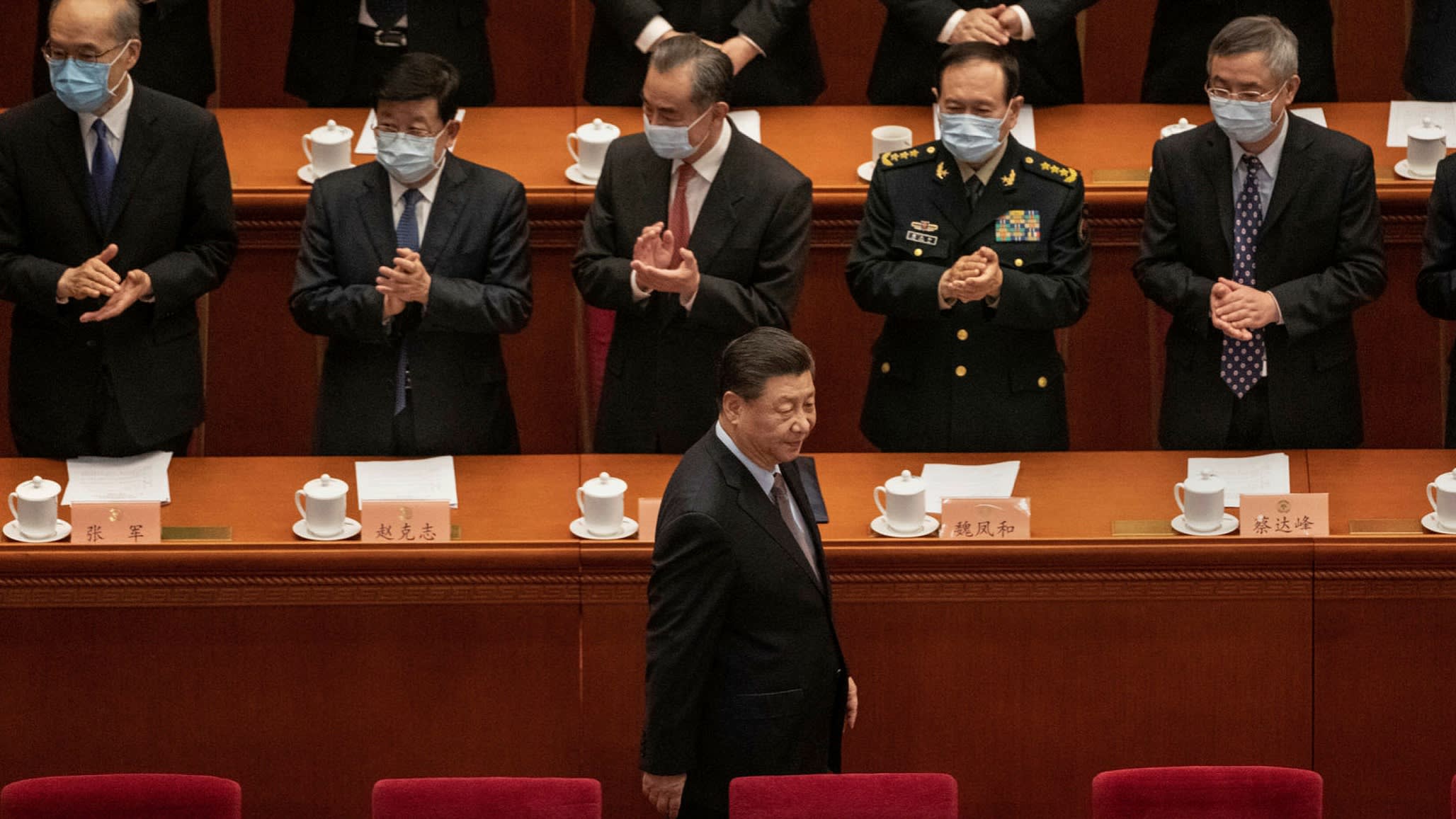 In the run-up to this year’s parliamentary session, many officials and analysts had urged the government against setting an official growth target — a practice that has been widely criticised for leading to wasteful spending. Last year’s economic recovery in China was led mainly by investment and manufacturing rather than consumption.

In a nod to such concerns, Li said the government’s deficit would be reduced to 3.2 per cent this year, down from 3.6 per cent last year. This week Guo Shuqing, one of the country’s most powerful economic officials, warned about potential “bubbles” forming in the country’s financial and real estate markets.

“The authorities are determined to deleverage the economy and de-risk the financial system,” said Diana Choyleva at Enodo Economics. “The coronavirus has undone the gradual but good work of the previous couple of years in pursuit of these goals.”

Jia Jinjing, an economics professor at Renmin University in Beijing, added that the government could not sustain the relatively loose fiscal and monetary policies it unleashed at the beginning of 2020.

“Last year’s stimulus plan was needed to deal with the pandemic, it was not routine policy,” Jia said. “If we stick to easy fiscal and monetary policies, there would be a heavy fiscal burden for the government.”

However, the Chinese government has also committed to the goal of doubling the size of the economy by 2035, with most analysts projecting average annual economic growth of 5 per cent until 2025.

This year’s NPC session will also focus on Beijing’s ambitious climate goals, including reaching peak carbon dioxide emissions by 2030, and an election law designed to reduce the power of Hong Kong democracy activists in the territory’s legislature and other local bodies.