Japan’s Nikkei 225 stock index rallied past 30,000 points for the first time since 1990 on Monday, reflecting the country’s growing economic momentum and broader optimism on the part of investors.

The benchmark closed up 1.9 per cent after data showed Japan’s economy grew 3 per cent in the fourth quarter compared with the previous quarter, markedly more than analysts had expected. The Topix, Japan’s broad market cap-based index, added 1 per cent.

The “recovery should get another shot in the arm from the rollout of [Covid-19] vaccines”, said Marcel Thieliant, senior Japan economist at research company Capital Economics.

Monday’s rally in Japanese stocks was in part a response to the strong economic data, said Takeo Kamai, head of execution services at CLSA, adding that the positivity was also tied to broader global enthusiasm for stocks — particularly in the US, where markets have hit records this year.

“For Japan, the story is not a single-country, domestic-led kind of rally — it’s more euphoria of equities globally,” he added.

UK stocks were heading for the best daily performance in more than a month, driven by higher commodity prices and optimism surrounding vaccine rollouts. London’s FTSE 100, which has a hefty weighting to energy groups, was up 2.3 per cent in the afternoon.

British equities have been supported by the rollout of the UK’s Covid-19 vaccination programme. “The UK has one of the highest vaccination rates in the developed world,” said Fahad Kamal, chief investment officer at Kleinwort Hambros, Société Générale’s private banking and wealth management division.

The upbeat mood spurred a sell-off in UK government debt, taking the yield on the 10-year gilt up 0.05 percentage points to 0.57 per cent, its highest level since the market tumult in March last year.

“The basic underlying cross-currents in markets remain, but the winds are really favourable — business optimism for every region is really high and the economic picture remains really strong,” said Kamal.

Sterling rose 0.4 per cent against a generally weaker dollar to $1.39, its highest level since April 2018. The fast pace of the UK’s vaccine rollout has created a “sea change” for the currency this year, added Kamal.

In Europe, the region-wide Stoxx 600 index climbed 1.4 per cent while Germany’s Xetra Dax rose 0.5 per cent.

The Turkish lira also strengthened, in a sign of a dramatic turnround for one of the worst-performing currencies in 2020. The dollar softened 1.3 per cent against the currency, putting the lira below seven to the buck for the first time since last summer.

Concerns about the management of the economy by President Recep Tayyip Erdogan and his son-in-law Berat Albayrak drove the lira to a succession of record lows last year. But a shake-up, including the appointment of a central bank chief who has adopted a strongly hawkish tone, has lured foreign capital back to Turkey and bolstered the lira. 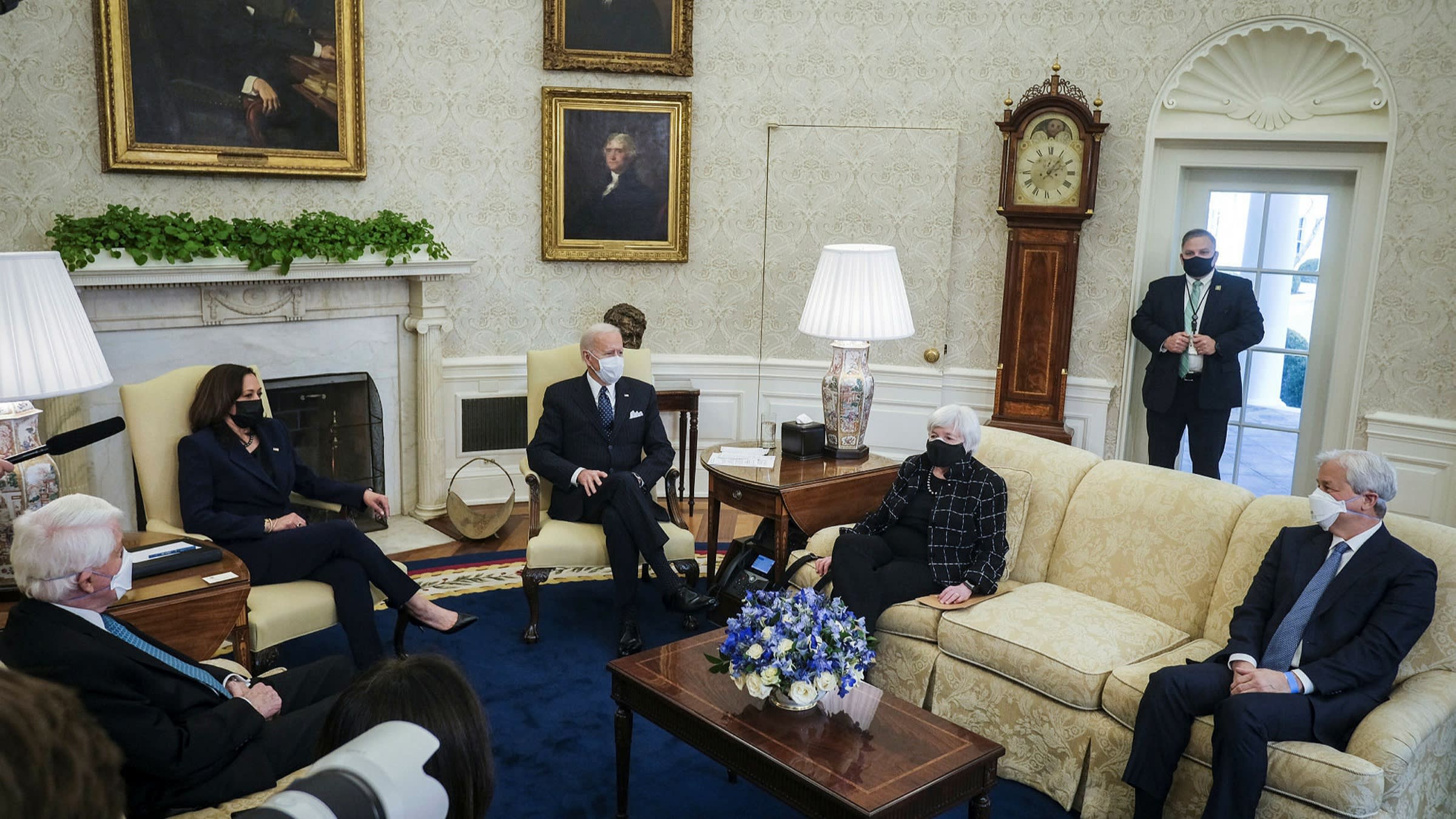 Stock markets in mainland China and Hong Kong were closed for the lunar new year holiday, but the offshore-traded renminbi dipped 0.2 per cent to Rmb6.4056 per dollar, its strongest level since June 2018. The Chinese currency has been boosted by the country’s robust economic recovery from the coronavirus pandemic.

Oil prices climbed as the grid operator in Texas warned of possible blackouts because of arctic conditions sapping electricity supplies. US marker West Texas Intermediate rose 1.8 per cent to $60.54 a barrel, while international benchmark Brent gained 1.5 per cent to $63.35 a barrel.

US markets are closed on Monday for Presidents’ Day.

Video: How strong is the commodities rally? | Charts that Count