Using the higher inventory costs (first in) would lead to a lower reported net income or profit for the accounting period (versus last out). As a result, the lower net income would mean the company would report a lower amount of profit used to calculate the amount of taxes owed.

When companies generate their financial statements, they must calculate the revenue generated from sales, the costs that went into production (or COGS), and also the profit earned for that time period. A company would take the revenue total and subtract the inventory costs (as well as other expenses), to determine how much profit was earned.

In other words, with the FIFO method, the oldest inventory will be used in determining the cost of goods sold. When sales are recorded for the accounting period, the costs of the oldest inventory items are subtracted from revenue to calculate the profit from those sales.

Although companies want to generate higher profits with each passing year, they also want to reduce their taxable income. If a company’s inventory costs rose by 50%, for example, the company would report a lower amount for net income, assuming sales prices weren’t increased to counter the higher inventory expense. A lower net income total would mean less taxable income and ultimately, a lower tax expense for the year.

The FIFO method can help lower taxes (compared to LIFO) when prices are falling. However, for the most part, prices tend to rise over the long-term, meaning FIFO would produce a higher net income and tax bill over the long-term.

If the older inventory items were purchased when prices were higher, using the FIFO method would benefit the company since the higher expense total for cost of goods sold would reduce net income and taxable income. The newer, less expensive inventory would be used later, meaning the company would report a higher profit in later accounting periods and a higher taxable income—all else being equal.

FIFO would only minimize taxes in periods of declining prices since the older inventory items would be more expensive than the most recently purchased items. It’s best to consult a tax professional before determining the best methods for reducing taxable income since there are many components that go into calculating a company’s tax liability. 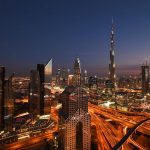 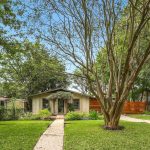