After two days of gains, the market saw profit-booking on November 9 with both benchmark indices latter with losses on unrewarding global cues.

After a quiet start, the market witnessed volatility but narrowed losses in the final hour of trading supported by auto, oil & gas and wanted goods stocks.

However, auto, public sector banks (PSBs) and consumer durables climbed versus the market trend, with small and mid-cap stocks outperforming.

“Despite the passage of the long-awaited infrastructure bill, the gains in the US market were capped as investors timidly awaited the US inflation data,” he said.

Among sectors, the Nifty Wheels tabulate rose a percent, while selling was seen in metal and financial names.

On the BSE, wheels and wanted goods indices widow a percent each, while the metal tabulate slipped nearly a percent.

Among individual stocks, a volume spike of increasingly than 300 percent was seen in TVS Motor, Birlasoft and M&M.

More than 200 stocks, including Sintex Industries, IOC, Ashok Leyland and Sobha, hit a 52-week upper on the BSE.

The Nifty worked a small-bodied surly candle on the daily scale. It has been forming higher highs from the last two sessions.

The Nifty has sealed whilom 18,000, which is a positive sign. However, it is still indecisive and faces resistance at higher levels.

We have good support at 17,600, hence long positions can be piled for higher targets.

The overall structure is still positive; buy on the dip. 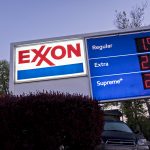 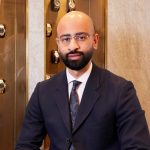