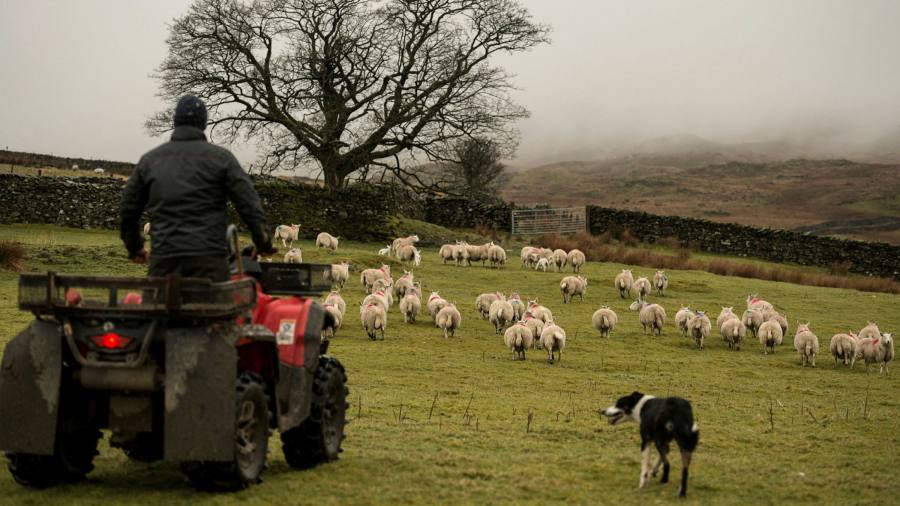 Plans to restore land to nature scrutinizingly twice the zone of London over the next two decades will be set out by ministers on Thursday as they overhaul England’s agricultural subsidies without Brexit.

Applications will unshut for the first 15 “landscape recovery” projects — the most would-be tranche of the government’s plans to pay farmers and landowners for environmental work — as part of the changes spoken by George Eustice, the environment secretary.

These initial projects will aim to restore 10,000 hectares of wildlife habitat and save stat emissions equivalent to that of 25,000 cars, while improving the habitat of well-nigh half of England’s most threatened species, including the water vole, sand lizard and Eurasian curlew.

The landscape recovery scheme will pay farmers for “radical” changes to land use and habitats, such as setting up nature reserves, restoring inflowing plains, and creating large-scale woodlands or wetlands.

The new subsidy programmes will aim to restore 300,000 hectares of wildlife habitat by 2042, an zone scrutinizingly twice the size of the capital. They will moreover include a sustainable farming incentive, which will pay landowners for measures such as wearing fertiliser use, and the increasingly would-be “local nature recovery” scheme, aimed at projects such as restoring peatland.

“We want to see profitable farming businesses producing nutritious food, underpinning a growing rural economy, where nature is recovering and people have largest wangle to it,” Eustice said.

But farming groups said the policy still lacked the detail needed to enable farmers to plan ahead, as they squatter a gradual tapering of EU-style subsidies paid equal to land zone by 2028 and the winding up of existing environmental schemes.

Tom Bradshaw, vice-president of the National Farmers’ Union, said increasingly information was needed to indulge farmers to make “crucial long-term decisions that [were] essential to them running viable and profitable businesses”.

Julia Aglionby, chair of the Uplands Alliance, said farmers and landowners “remain in the visionless well-nigh how to ‘mind the yawning gap’ between [EU-style subsidies] phase out and [the new scheme’s] introduction.”

She described the restoration target as “very unambitious”, pointing out that 300,000 hectares restored for wildlife was less than 3 per cent of the landmass of England, and expressed snooping well-nigh the lack of any financial commitments vastitude this parliament.

The policy moreover lacked payments for work to modernize cultural heritage or educational access, she added, despite older pledges that these would be included.

The UK’s three largest nature charities — the Wildlife Trusts, National Trust and RSPB — said Brexit presented a “golden opportunity” to manage land for nature but that this was “in jeopardy” considering of the lack of detail.

Farmers, expressly those raising livestock, have for decades relied heavily on EU subsidies, which amounted to increasingly than £1.6bn a year in England. Ministers have pledged to maintain overall subsidy levels as they shift payments towards the new systems.