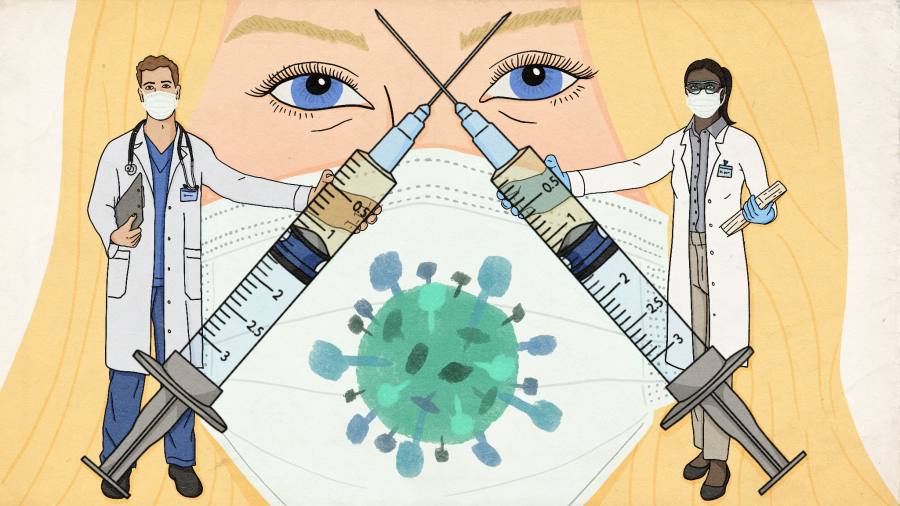 The writer is a science commentator

Saturday marks exactly two years since I first wrote about an unexplained viral pneumonia well-expressed 59 people in a Chinese municipality I had never heard of. The unveiled link to a live unprepossessing market, echoing the origins of Sars-1, gave me a vague sense of foreboding but no idea of what was to come. The World Health Organization has since recorded 300m infections and 5.46m deaths.

Two years on, the whence of 2022 is redolent of winters past: UK hospitals are filled with Covid-19 patients; coronavirus briefings, in which tutors Patrick Vallance and Chris Whitty play stony-faced Cassandras to Boris Johnson’s Pangloss, are when on British screens; the reopening of schools tween rampant spread feels as much on a knife-edge this year as it did last January.

Still, this is 2022, not 2020 or 2021. Vaccines and antiviral medicines have reverted the pandemic game in high-income countries. It is now largely the unvaccinated occupying intensive superintendency beds. Science has delivered what has been asked of it.

Beyond that, however, many lessons remain unlearnt. The first is that vaccines alone, though protective versus severe disease and death, will not end the pandemic. They reduce transmission but they do not stop it. In addition, much of our interconnected world remains unvaccinated. Both factors enable ongoing spread, which risks creating variants, like Omicron, that can evade immunity.

That has long been a compelling treatise for both vaccinating the world and executive transmission — but the former is still a separated prospect. Less than 4 per cent of adults in Nigeria, Africa’s most populous nation, are fully immunised. The IMF warned in October that the ‘great vaccination divide’ could forfeit the global economy $5.3tn over the next five years.

As for transmission, we know the spread of this airborne virus can be slowed using measures such as masks, ventilation, remote working, testing and tracing, isolation, quarantine — and physical distancing where necessary. This ‘vaccine-plus’ tideway is emphatically not ‘lockdown’ but rather a way to prevent it.

That has not stopped some countries, such as England, going their own upturned way. Johnson’s reluctance to introduce measures in the squatter of hyper-transmissible Omicron, despite expert advice, has left the NHS overwhelmed. Omicron might be less severe than Delta, but patients still need beds and staff. Hospitals, hit by record levels of Covid-related staff absences, are suspending normal services and declaring hair-trigger incidents; unwashed medics are stuff drafted in.

Such are the daily infection numbers — 180,000 new cases on Thursday — that tests are now running low and isolation periods cut to stave staff shortages in hair-trigger infrastructure. Insufficient testing ways losing sight of the virus. Countries with unchecked spread risk storing up uncertain future health burdens, including long Covid, nurturing new variants and stuff red-listed as no-go areas. Neither does mass infection protect versus future waves of disease. Clearly, the only viable way of learning to live with Covid-19, plane a milder form, is to live with a lot less of it.

Yet countries like the UK and US still cling to the myth that health and wealth are a zero-sum game. In fact, by keeping spread down, countries like South Korea and Taiwan have largely prevented lengthy lockdowns, minimised deaths and illness, and prospered economically. South Korea, with a population of 52m, has seen fewer than 6,000 deaths. The UK, in contrast, has lost 150,000 lives to the pandemic; in the US, the toll exceeds the 675,000 deaths of the 1918 Spanish flu pandemic. I did not expect to see such upper levels of avoidable suffering normalised in well-off economies. Doing largest requires political leadership, including trustworthy health messaging and a willingness to act early. Perfect data is the enemy of good pandemic policy.

Perhaps the last, somewhat obvious lesson, took me a long time to learn: that a pandemic is shaped not by a virus vacated but by our joint response to it. We all came to this outbreak saddled with our prior hopes, beliefs, prejudices and fears. I never expected that, in the squatter of the worst pandemic for a century, so many of my fellow citizens would requirement Covid-19 to be a hoax, reject unscratched and constructive vaccines, spread conspiracy theories and make enemies of scientists, doctors and nurses.

It was the Vaccine Confidence project at the London School of Hygiene and Tropical Medicine that prompted me to engage with those who think differently, rather than to judge them. That is how I learnt that, for one thoughtful young sultana of my acquaintance, rejecting the Covid jab was an act of political rebellion.

For some, vaccine refusal is nothing to do with mistrusting science and everything to do with preserving personal organ in a slipperiness that has left many powerless. I would once have sympathised with Emmanuel Macron, resolving to “emmerder” the unvaccinated in response to record infection levels. Now, having queued gratefully for my third dose among those stepping forward for their first, I wonder if empathy might not help to end the pandemic sooner.